The following is a historical compilation of posts from the ‘What’s on’ category. Any that are still relevant are on the News page.

The Advent Newsletter is now available for download. It will provide an important update on the building program, especially the proposed long-term lease of the Hall to ElishaCare and other implications of the lease, including relocating Playgroup. The newsletter also provides an opportunity to share a little of what is happening in other parts of our life together.

Four studies based on reflections by well known preacher Barbara Brown Taylor on aspects of finding God in the midst of pain and suffering.

These studies invite new ways to think about the Easter story.

We are excited to report that the property redevelopment will commence in early January – the “work will commence shortly” has been confirmed and hand-over to the builder for the Stage 1 works - toilets, kitchen and removal of the sanctuary steps will in fact be January 7th.

This means that we will not have access to the worship space from January 7th until probably sometime in March. The church office will still be accessible.

The final service in the church in its current configuration will be on January 6.

Sundays after Christmas and following will work as follows:

then every week at Croydon, in the hall, until works complete (sometime in March).  Note: Arrangements are being made to have use of one of the nearby Uniting Churches if the need arises for a funeral during this time.

Between Christmas and Jan 6th some resources stored in the areas affected by the works will be moved to other areas of the property.

There will be some grief and sadness as we say “farewell” to the particular configuration that we currently have.  The service on January 6th will recognize this past.  You are especially invited, and asked to make contact with other people who may wish to say “farewell”.  Photos will be taken.

Working Bee: The afternoon of January 6 we require able-bodied people who can help with moving furniture and a small number of other more light-weight jobs. Please speak with Carolyne and Paul Chandler if you are available to assist.

The issues of marriage and sexuality have been discussed in the Uniting Church since the mid 1990s. Following the Federal Government’s decision to legalise same-sex marriage in late 2017, there was much interest in the discussion around marriage at the recent 15thAssembly of the Uniting church held in Melbourne in July 2018.

The decisions reached at the most recent Assembly meeting must therefore be seen as part of a much longer conversation. Within the Uniting Church it has long been recognised that there is a diversity of beliefs and cultural understandings of marriage. This is reflected in the Assembly’s resolution to accept two statements of belief – the traditional view that marriage is between a man and a woman, and the alternative view that marriage is between two people.

The current Minister at Croydon Uniting Church, Rev Dr Peter Mallen, has indicated his willingness to consider conducting marriage for any two people, depending on their faith commitment. The Church Council has decided to allow such marriages to occur on church property.

If anyone has questions about these decisions – whether those taken by the Assembly of the Uniting Church or at the local level here at Croydon – they are invited to speak with the Minister or the Chair of the Church Council. 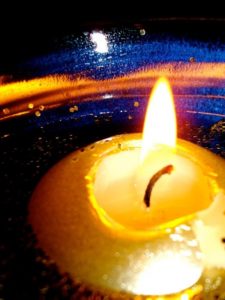 As the world, the church and even our personal lives appear in a bit of a mess, where is hope to be found?

3 Groups are planned - Tuesday 10am at Croydon Church (led by Peter Mallen), Wednesday 7.30pm (led by Paul Chandler) and 10am at Croydon North (led by Liz Mallen). People can go to whichever session is more convenient and some overlap between congregations is encouraged! Depending on demand there may be other groups.

Titles of each session are as follows:

Each study will include time for personal reflection, opening the Scriptures together, a response activity, praying with and for one another and a song. It's estimated each session will last around 1.5 hours.

Posted: Wednesday, November 14, 2018 by Peter Mallen Tags:
Go to top
Croydon Uniting Church is a community of people of all ages, called to follow Christ through worship and prayer; fellowship and support; and service to others. We have a mixed age congregation. Many people of all ages participate in the diverse life of the church community. All are welcome!

Who is preaching at CUC this week?

What’s on over the next 7 days