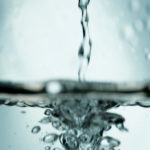 is one of the sacraments (an outward sign that conveys an inward, spiritual grace through Christ) of the Christian Church. It is the sign by which the Spirit of God joins people to Jesus Christ and incorporates them into his body, the Church. Baptism is a gift of God’s grace (God’s unmerited favour overwhelming generous freely given love) to the church – and as such, is a significant sign of God’s love for us all, irrespective of age. We often baptise babies as God’s grace is for us all, even when we don’t understand it. It is also open for children, teenagers and adults, if they have not already been baptised. Croydon Uniting Church would be delighted to have a conversation with you about baptism for your baby, your children or yourself. Click here to download the Baptism Leaflet (PDF). 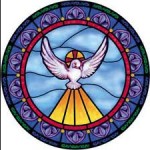 is a significant act in a person’s life of faith, as a public commitment to the purposes of God and an acknowledgment of reliance on God. It is an act of public acknowledgment and recognition of the promises made by ourselves or by others on our behalf at baptism. Confirmation follows Baptism: for many this occurs many years after infant baptism, and for others baptism and confirmation will occur as part of the same act of worship and commitment. Click here for the Confirmation Leaflet (PDF). 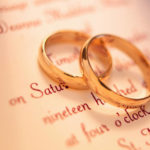 The issues of marriage and sexuality have been discussed in the Uniting Church since the mid 1990s. Following the Federal Government’s decision to legalise same-sex marriage in late 2017, there was much interest in the discussion around marriage at the recent 15thAssembly of the Uniting church held in Melbourne in July 2018.

The decisions reached at the most recent Assembly meeting must therefore be seen as part of a much longer conversation. Within the Uniting Church it has long been recognised that there is a diversity of beliefs and cultural understandings of marriage. This is reflected in the Assembly’s resolution to accept two statements of belief – the traditional view that marriage is between a man and a woman, and the alternative view that marriage is between two people.

The current Minister at Croydon Uniting Church, Rev Dr Peter Mallen, has indicated his willingness to consider conducting marriage for any two people, depending on their faith commitment. The Church Council has decided to allow such marriages to occur on church property.

If anyone has questions about these decisions – whether those taken by the Assembly of the Uniting Church or at the local level here at Croydon – they are invited to speak with the Minister or the Chair of the Church Council.

Further information about marriage in the Uniting Church is available by contacting our minister.